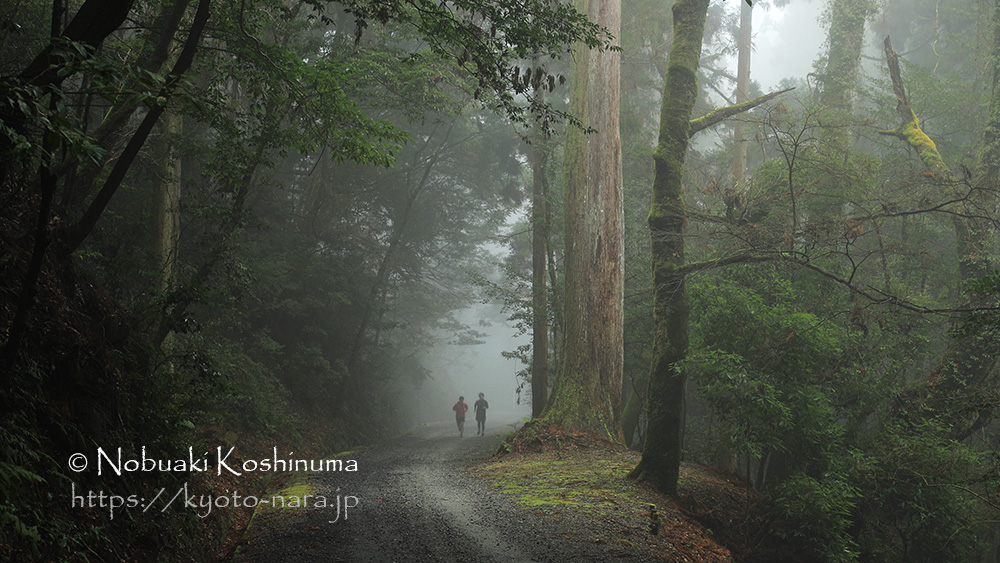 The Kasugayama primitive forest, which is 498m above sea level and about 250 ha, was shrouded in fog.

This is a primitive forest within walking distance of Kintetsu and Nara Station.

It is rare in the world that there is a primeval forest in an area with an urban area, and because of its academic value, it is a region designated as a special natural monument of the country in February 1955.

It was also registered in December 1998 as an element of UNESCO’s World Cultural Heritage “Cultural Property of Ancient Nara”.

＊primeval forest : This is a natural forest that has never been destroyed by logging or disasters and is hardly touched by humans.

Kasugayama primitive forest is regarded as a sacred mountain of Kasuga Taisha, and the logging of trees has been prohibited since 841.Thanks to that, it is full of lush nature.

The promenade of Kasugayama primitive forest is 9.4km in length.It is also popular as a daily walk and running course.

A quaint stone staircase.There is a waterfall of Uguisu nearby.

There are many fern plants.

As April approaches the end, beautiful budding colors the mountains.

A collection of plants is thought to change the composition of species over time.Tall trees are formed, and changes are born in the shade of the sun that hits the ground, and the structure becomes complex.

The state in which changes have been stable to some extent is called the extreme phase, and the environment in which the ultraphase forest has been maintained for a long period of time is called “primitive forest.”

Kasugayama is in this extreme state and is called “Kasugayama Primitive Forest”.

Moss that inhabits a large tree lying down.

Moss with high water retention power is a function to moisten fallen trees and accelerate the decomposition by microorganisms.The fallen tree on top has already been over 40 to 50 years (more!?)
Even if it is said that it accelerates decomposition It may take a long time for a large tree to return to the soil completely.

Uguisu Falls, where the amount of water has increased due to rain.

The amount of water is not so much, if you want to see a splendid waterfall you should go during the rainy season.The stone stairs are slippery, so be careful.

The view from wakakusayama mie eyes.

It is about 3 minutes’ walk from the top of the mountain parking lot and you can get to the observatory.Toilets and vending machines are also available, and the promenade has footlights on from sunset until 24:00.You can enjoy the stunning night view of Nara City, so please stop by.

From May to June, it’s the birth season.At this time of year (May to July), you can meet kawaii deer♪.

The typhoon in 2018 left a large scar in various places. A lot of trees fell here in Kasugayama primitive forest too.

The trunk of the vine-based plant entangled in the large tree was also strong and thick.

On the way to Takizaka St., there is Kubikiri Jizo. There is also a covered rest area and toilet, so it’s also a good place to take a break.

There are also mountain leeches in the summer season, so please be careful.

The Kubikiri Jizo who is said to have been tried and cut by a swordsman named Araki Mataemon.

In the past, in order to confirm the sharpness of the sword, it is said that they tried slashing using ronin and corpses, so he might have tried slashing with such a hard stone.

“Asahi Kannon” is also located along the Noto River on the road of Takiyama.

In the center of the large rock in the center, there is Mirokubosatsu and a Jizo-bosatsu is carved to the left and right.It faces east where the sun rises, and it is called “Asahi Kannon” because it shines well in the morning sun.

The picture above is a sleeping Buddha that is said to have been made in the North and South Dynasties.

Because the other side of the rock is a promenade, it might be a little difficult to find. And it’s hard to understand the “sleeping Buddha” carved on the rocks, isn’t it?

There is something like a person’s head on the upper side of the rock, but it seems to different.

The photo was rotated to the right 90 degrees.

In fact, the part where the light hits is the head of the Dainichi Nyorai.Both hands tie the mark under the face are carved.

If you’re lucky, the fog will cover the city and you’ll find fantastic beautiful scenery.

The information of the World Heritage Site, Kasugayama Primitive Forest will be added to the same page, so please take a look from time to time. 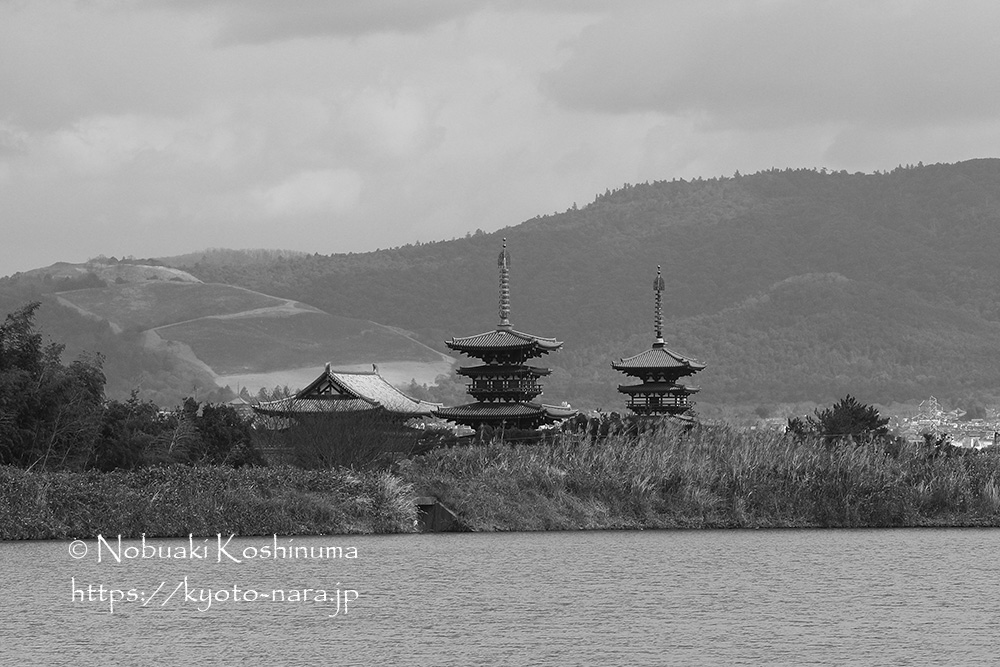 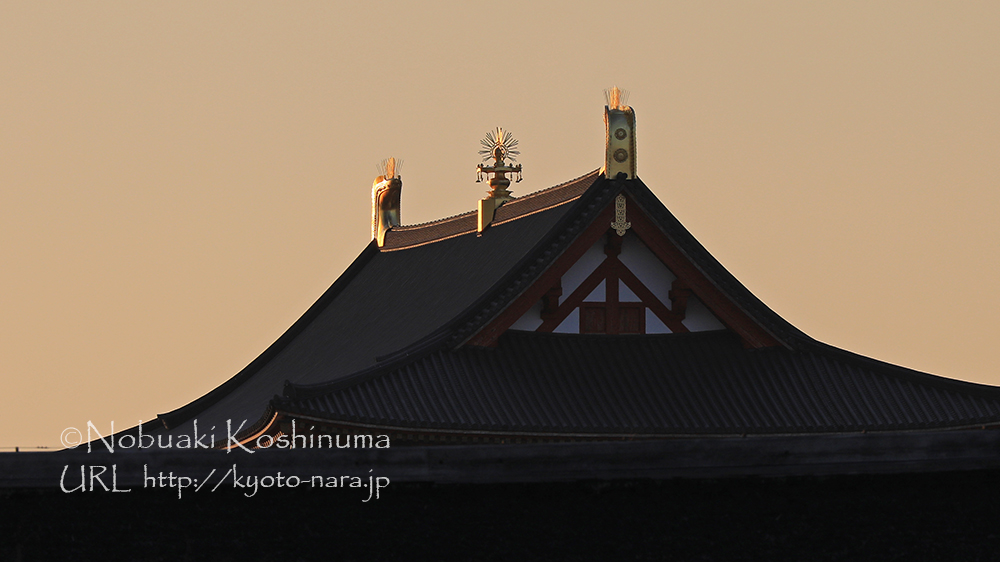